To solve all these problems, we need to convert and compress the photo files. Use the convenient Tonfotos conversion function and change the format or size of your images.

Converter to JPG and other formats

To convert photos to JPEG, PNG, WebP or reduce photo size, use the export mode in Tonfotos. The original file from the archive is converted into its exact copy in a different format or size. In this case, the photo itself will remain unchanged.

The export function in Tonfotos is extremely simple and convenient. You need to do 2-3 steps, applying a minimum of settings, and get the result you want. The beauty, simplicity and intuitiveness of the interface are the qualities that distinguish Tonfotos from other applications. 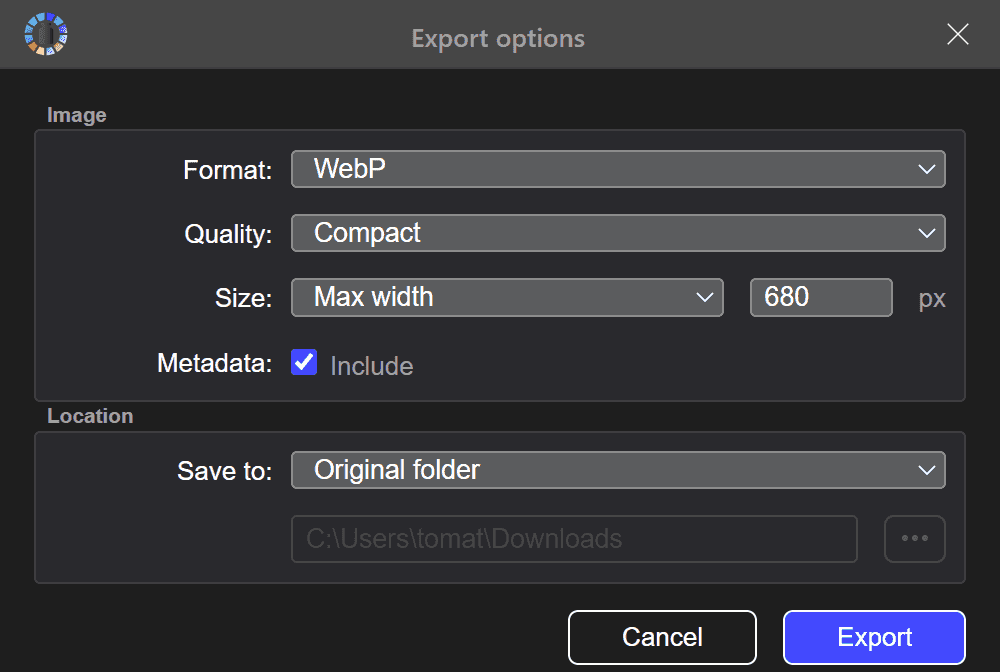 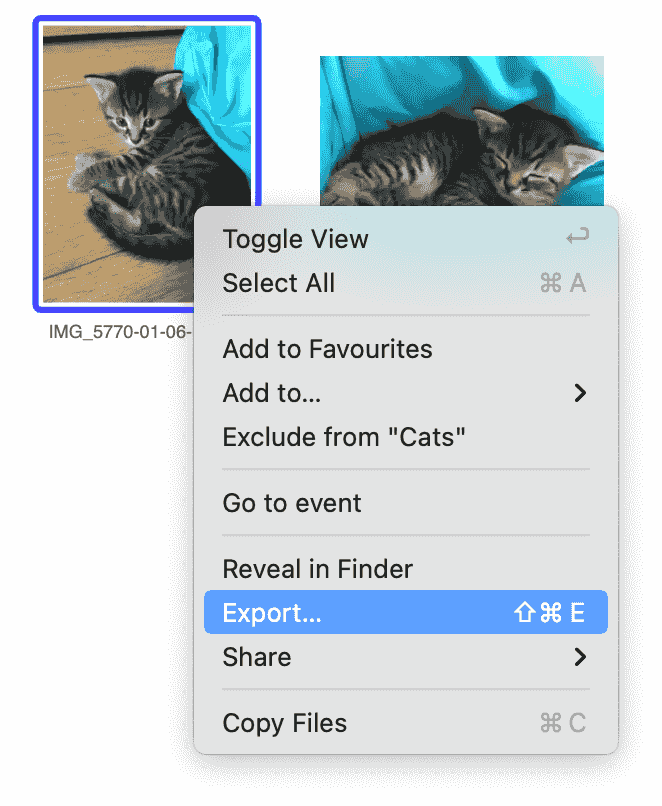 What image quality to choose

Maximum quality allows you to save the file with minimal loss of information. This option is required only if you are exporting for further processing in professional programs and graphic editors. For long-term storage, this choice is not optimal due to the large size of the final file.

High quality we recommend for long-term storage of photos in the archive. The file size will be reduced by compression; however, image quality will remain sufficient for processing or printing.

Medium quality is best when archive space is limited and you want to compress your photos more. If you want to print these images in high resolution in the future, the result may not be the best. But for viewing photos in good quality on a computer or phone screen, this is an excellent choice. You will notice the difference with the original only if you study the magnified image: there may be a loss of texture detail and small artifacts around clear lines. Maximum disk space savings can be achieved by combining this mode with reducing the size of the photo to fit the screen.

Compact quality is suitable for compressing photos for publishing on websites. The smallest possible photo size will speed up the loading of web pages. Compression in this case is as aggressive as possible, on the verge of noticeable artifacts. To reduce the size of the photo as much as possible, combine this mode with reducing to the required resolution.

When exporting, you need to decide whether to include the metadata with the exported files or not. This may include information about the type of device and camera, shooting mode, geographic coordinates, date, as well as the identity of the people in the photo if facial recognition is used.

We recommend that you save the metadata if you plan to store the photos on your computer. This is useful information for cataloging and searching in Tonfotos.

We strongly recommend that you disable metadata if you intend to share these photos online. This way you will hide sensitive personal information about yourself from the whole world (the coordinates of your house, the names of relatives, the model (and cost) of your camera).

You can choose two export modes in Tonfotos:

Converting one file at a time is not always convenient. Tonfotos allows you to work easily with batches of photos of any size. This can be done in several ways.

What image format to choose

The vast majority of photographs in the world are stored as JPEGs. It is specifically designed to compress photos well. At the same time, it provides maximum compatibility - almost all programs support it.

A high degree of compression is achieved due to the fact that part of the information from the image is irretrievably lost. Only the most important image data for human perception remains. The degree of compression during export can be varied. You can read about this above in the “What image quality to choose” section.

The JPEG standard appeared in 1992. Since then, new formats have been developed that give higher compression ratios. These are WebP and HEIC. They are still less common and are not supported by all viewer programs. HEIC is protected by patents and there is very little support for it. Even if the pictures are taken on an iPhone in a high-efficiency format, HEIC photos are usually converted to JPEG for greater compatibility.

The disadvantages of JPEG include not only the lack of an alpha channel (transparency), but also the presence of noticeable compression artifacts when applied to pictures and graphics.

This format is intended to replace JPEG with a higher compression ratio. Unlike HEIC, it is not protected by patents and is supported by all modern browsers. It is steadily gaining popularity as a replacement for JPEG on the Internet.

According to various estimates, the file size in WebP format is 15-30% smaller than JPEG with comparable loss of original information. However, there is another important difference - at extreme compression settings, WebP artifacts are much more acceptable to the human eye than JPEG. This makes it possible in certain cases to compress even more, while maintaining acceptable image quality.

Another benefit of WebP is the ability to render images with partial transparency. This is useful when creating websites.

If you are a webmaster, then check out the compression quality settings in Tonfotos WebP Medium and Compact. We put in a lot of effort to find the optimal settings, to get the best size/quality ratio. While working on this site, we actively used these conversion options. Compressing photos can significantly speed up the loading of website pages.

The PNG format was originally designed for lossless compression, resulting in file sizes that remain quite large.

It is popular for graphics, where no halftones are used, but clear lines and monotonous colors. In this area, PNG surpasses JPEG in terms of compression quality and is completely free from its typical visual artifacts. Therefore, icons and logos are often stored as PNG.

PNG supports transparency, which is extremely useful when creating websites.

When exporting to PNG, Maximum and High quality in Tonfotos, the results are the same, the image is saved with lossless compression.

Mode Medium uses a palette of 256 colors and has the so-called "dithering" effect. This conversion allows you to reduce the size of the photo by an average of 2-3 times. If you do not compare it with the original, artifacts are not very noticeable in the photographs, but they are there.

However, this mode cannot be recommended for ordinary photos, not only because of the artifacts. The compression quality is still worse than JPEG. However, on many types of graphics, it can significantly reduce the file size.

The Compact mode uses a palette of only 16 colors. For graphics, this mode is useful, it helps to further reduce the file size and get rid of extra halftones. It even improves some types of graphics.

Therefore, we recommend experimenting and choosing the most suitable mode empirically.

Tonfotos is a program for viewing photos and videos, conveniently storing and converting files. Thanks to its photo conversion capabilities and simple interface, you don't have to deal with complex professional programs to change the image format. At the same time, you still get excellent results for the various tasks you may face. In the Tonfotos application, you can compress photos and convert them to the most popular and compatible JPEG, PNG, WebP formats, sharing them with loved ones or posting on the web.

Create your own photo archives, share the shots you have taken, and enjoy it.